God created humankind in his own image,
in the image of God he created them,
male and female he created them.
Genesis 1:26-27 New English Translation


God spoke: “Let us make human beings in our image, make them
reflecting our nature
So they can be responsible for the fish in the sea,
the birds in the air, the cattle,
And, yes, Earth itself,
and every animal that moves on the face of Earth.”
God created human beings;
he created them godlike,
Reflecting God’s nature.
He created them male and female.
Genesis 1:26-27 The Message

I've been prayerfully wrestling with my calling the past couple week.  As a young teen, I felt a very clear call from God to ministry; but the only framework I had for such a calling was either to be a missionary overseas or some kind of counselor here.  Women couldn't be pastors.  Ok they could in some denominations, but even so there weren't very many of them.  I only recall meeting one or two during my family's traveling music ministry days.....and I could feel how uncomfortable it was for my Dad (who falls much closer to soft patriarchy than complimentarian in his views on women). But if I were a missionary, I could plant a church or pastor a church, or do any number of things overseas.

Instead of that little girl's missionary dream, however, I am here at seminary pursuing a MDiv degree and eventually a Ph.D.  This week I invested most of my studying time to preparing my Rule of Life for the Spiritual Formation in Ministry class.  I had to wrestle through questions such as:

What are my spiritual gifts?
What are my natural talents?
What's the vision and mission for my life? (ie the thing I am most passionate about)

Now, I've wrestled with all these questions before, but it had actually been quite a while since I considered them all together in concert.  What does it look like for me to be a good steward of the gifts and calling God has given me?  Honestly, I was a bit surprised at what I discovered and how I felt about what I discovered.

My top gifts are administration, hospitality, and teaching/wisdom/knowledge.
My greatest desire is to see women and men equally equipped and released to fulfill their callings in the world and in the Church.

I don't know about you but that sounds like it could be a pastoring kind of job to me.

I'm not at all certain that God is calling me to be a pastor, much less the lead pastor of a church; but this revelation suddenly hit me.  If I were to pursue a career that is something in the realm of pastoring, it would be so helpful to know some really solid women pastors!

Thankfully, I knew exactly who to talk to about this little revelation.  Part of the requirements for the Masters of Divinity degree at Gordon-Conwell Theological Seminary is Mentored Ministry, four semesters of involvement in a church or para-church ministry that gives you practical experience and the wise direction and counsel of a mentor there.  I'm supposed to make a plan this semester for all the kind of Mentored Ministry positions I want to experience over the next couple years.  I knew I needed help sorting out my options so I met with Dr. Singleton, the director of the Mentored Ministry program.

After hearing my story in brief and my latest conclusions about my gifts and vision for my life, Dr. Singleton shared that working with a woman pastor would be an excellent way for me to better understand that particular role and my own calling.  Unfortunately, he continued, there aren't many nearby.  If I could take the time to drive into the city I would find more; but up here there are only a few to choose from, and only one of them is a head pastor.

As we continued to talk through my options I was struck by the thought that pastors play an important role in the lives of their congregants.  Theirs is a voice of authority, wisdom, instruction, and hope.  A woman's voice is different than a man's; it's not better or worse but it is different.  I've heard many authoritative male voices in my life, teaching me how to follow Jesus.  But I've heard few women.  I wonder how different the body of Christ would be, especially in the US during these days of political division, if we heard a woman's voice from the pulpit as often as a man's. I wonder how our perspective on the scripture would change.  I wonder how our actions might change.  I wonder how we as a Church might better reflect the image of God, since women are just as much made in that image as men, if woman and men equally shared the burden of pastoral leadership.

The need for women in pastoral leadership was evident to me this week when I attended a panel by three faculty on campus about "Forming Pastoral Identity."  All three faculty had been pastors for a number of years.  They had lots of experience and wisdom to share.  And they were all men.

I never knew until now how much I miss her voice: the voice of the woman pastor who should have been part of my spiritual upbringing.  I hope I will enjoy the privilege of hearing her voice soon.  Perhaps someday....her voice will be my voice. 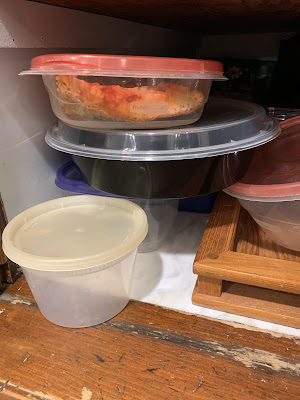 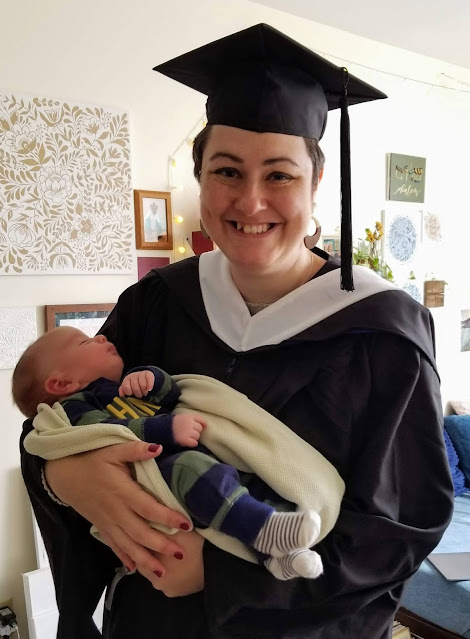